The small business which have started small tallness can perform, the RIMATEC Industrieanlagen GmbH proves in südhessischen Lampert.

Founded in spring, 1988 as an Aydin – sweat technology in Lampertheim – Hofheim, we already got after a short time, by permanent increase of orders and staff, to capacity borders.

With the development of the industrial zone of the East in Lampertheim in 1996 RIMATEC Industrieanlagen GmbH in Chemiestrasse 13 was found a suitable domicile. As a new production plant a transport-for a good price situated, 5000 square metre property with extendable buildings was acquired here – now 1600 square metres of manufacture hall, 550 square metres of office spaces and management surfaces as well as 130 square metres of other rooms are available to us.

Already four years later in 2000 – the office tact had to be extended. The steady growth of the RIMATEC Industrieanlagen GmbH with the growing space demand linked thereby, required this step.
A sign for the fact which is a performance and the quality the foundation-stone of a respectable company.

RIMATEC Industrieanlagen GmbH more than 30 certified employees of it 25 in the commercial area and 5 in the technical and business area. 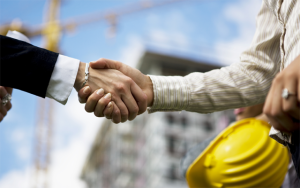 Lorem ipsum dolor sit amet, consetetur sadipscing elitr, sed diam nonumy eirmod tempor invidunt ut labore et dolore magna aliquyam erat, sed diam voluptua. At vero eos et accusam et justo duo dolores et ea rebum.
In order to optimize our website for you and to be able to continuously improve it, we use cookies. By continuing to use the website, you agree to the use of cookies. Further information on cookies can be found in our privacy policy.accept more